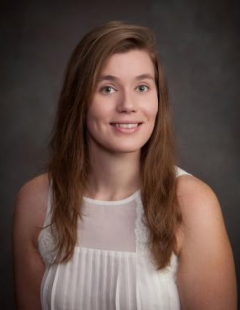 Kaitlynn Zigterman holds a BM in Flute Performance with a minor in Jazz Studies from Hope College and a MM in Multiple Woodwind Performance from the University of Nevada, Las Vegas. While at UNLV she served as a Graduate Assistant for the music department’s Theory and Composition division where she spent two years teaching Sight Singing and Ear Training for first year undergraduate music majors. Upon receiving her degree, she was asked to join the UNLV Music Department Music Theory faculty as a part-time instructor. She received a PhD in Music Theory at the University of California at Santa Barbara, where she was also a Teaching Assistant. Her research areas include the works of Richard Wagner, film music, and how music affects human behavior.

As an active performer Kaitlynn specializes in flute, saxophone, and clarinet. She has participated in all flagship orchestral, band, and jazz ensembles for both Hope College and UNLV, and has been included on two recorded albums for the UNLV Wind Orchestra. While living in Holland, Michigan she was a pit orchestra musician for the Hope College Theatre and the Hope Summer Repertory Theatre whose musical productions included “Kiss Me, Kate” and “1940s Radio Hour”. Upon moving to Las Vegas, Nevada she worked with several groups including the Las Vegas Saxophone Quartet and the Desert Winds Contemporary Wind Ensemble. She was a substitute reed musician for Phantom of the Opera at the Venetian Hotel and Casino and was a pit orchestra member for a special charity production of “Guys and Dolls” at the Las Vegas Hotel and Casino to benefit the Beyond Sight Veterans Project and the Twinkle Toes Foundation.