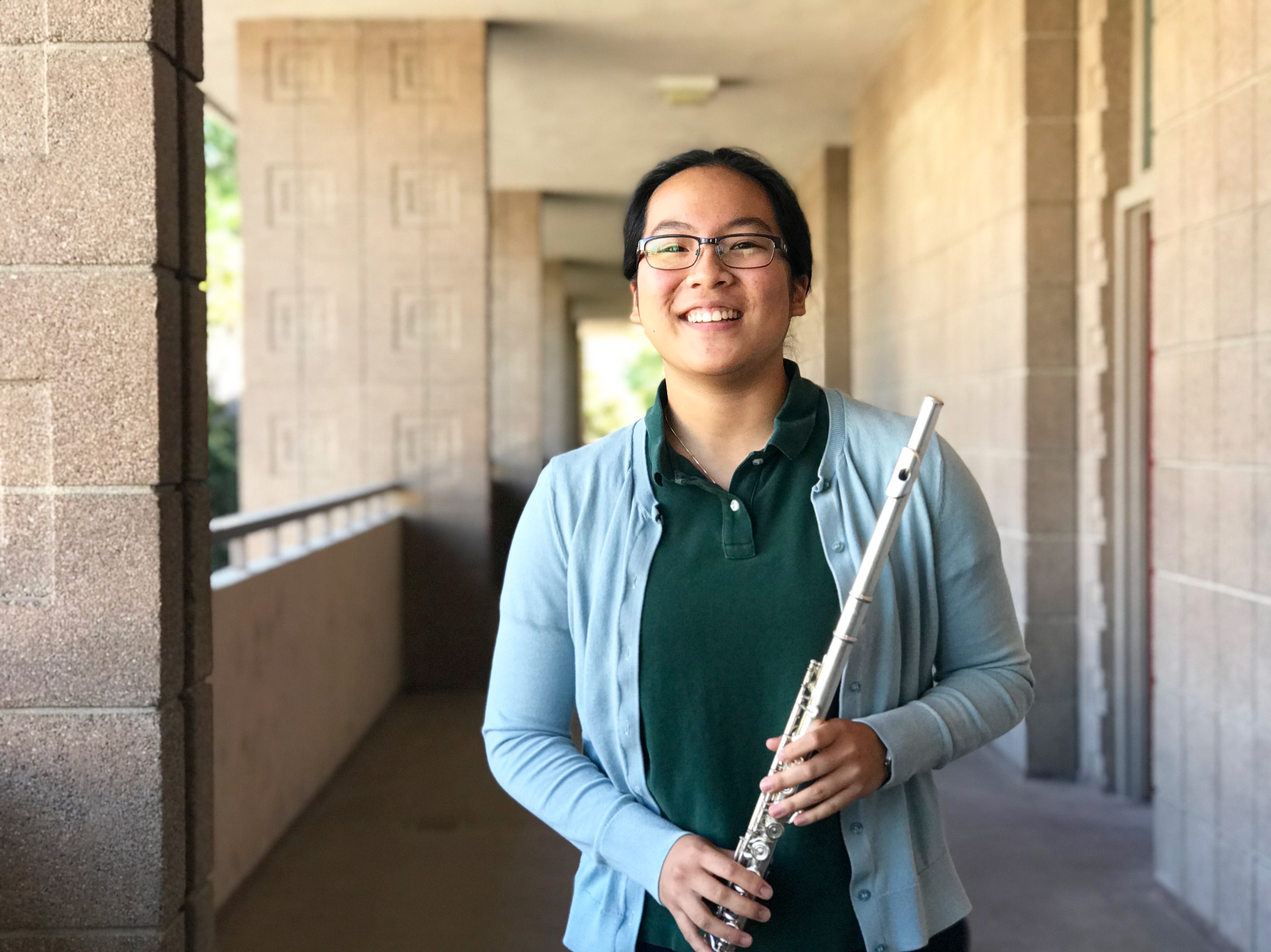 "I decided to come to UCSB after having an incredible experience working with Jill Felber at a summer workshop in high school. Her inspiring instruction has transformed my flute playing, and studying at UCSB has helped me grow as a musician and as a scholar, thanks to our outstanding and supportive faculty, environment, and resources."

About the Flute Studio at UC Santa Barbara

In a supportive environment, flute students work collaboratively with Professor Felber and with each other to create a challenging and rewarding experience for themselves. With a strong emphasis on flute fundamentals and interpretation, flute students graduate from the program with skills to pursue many facets of a music career.

Learn more about the BA with an emphasis in Music Studies and the BM degrees in the Music Department, Undergraduate Program section of UC Santa Barbara's General Catalog. Find more information on applying to the undergraduate program on the Undergraduate Degrees page.

The MM-only time-to-degree is two years. Learn more about the MM Flute emphasis in the Music Department, Graduate Program section of UCSB's General Catalog. Find more information on applying to the graduate program on the Graduate Degrees page.