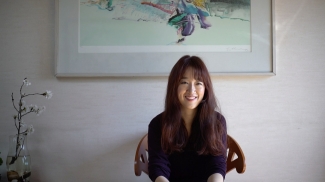 UC Santa Barbara Ethnomusicology alumna Dr. Stephanie Choi ‘20 was featured as a panelist for The New Yorker's "Expert Perspectives: K-pop In America" video, which was released on YouTube on December 8, 2020 and has received over 16,000 views to date.

The New Yorker's "Expert Perspectives: K-pop In America" is a discussion among six experts from the fields of political science, philosophy, cultural studies, ethnomusicology, music production, and music journalism. The experts share their opinions on the political economy, music structure, masculinity, authenticity, and intimate labor of K-pop in the American market.

Choi graduated from UC Santa Barbara with a PhD in Ethnomusicology in Fall 2020. While at UC Santa Barbara, she worked primarily with Professors David Novak, Tim Cooley, and George Lipsitz. Choi’s dissertation, "Gender, Labor, and the Commodification of Intimacy in K-pop," is an ethnography of how intimacy is transacted in the political economy of K-pop. Her dissertation project was sponsored by the Korean Foundation, the University of California Humanities Research Institute, and UC Santa Barbara's Interdisciplinary Humanities Center. Some of the case studies in her dissertation were based on conference papers that were awarded the Ki Mantle Hood Prize, the Lise Waxer Student Paper Prize, the Association for Korean Music Research Prize, and the Wong Tolbert Prize (honorable mention) by the Society for Ethnomusicology. Choi's other interviews are featured in NBC News, the Korea Herald, the South China Morning Post, Billboard, the Korea Times, and more.