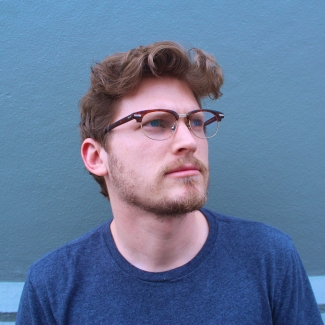 UC Santa Barbara Lecturer Andrew Tholl was named the winner of the 2020 Luigi Nono International Composition Award for his piece every moment is another opportunity to shine. Organized by the Amici per la Musica di Venaria Reale, the adjudicators for the seventh edition of the competition included Andrea Portera (Italy), Alissa Firsova (England/Russia), and Anna Pidgorna (Ukraine/Canada). The 2020 competition saw applicants from 20 different countries, including Italy, China, the US, Japan, South Korea, Spain, Germany, Iran, Egypt, Mexico, and Hungary.

Commissioned in 2017 by Grammy-nominated, Los Angeles-based new music collective Wild Up (of which Tholl is also a member), every moment is another opportunity to shine is scored for 13 solo strings (4.3.3.2.1). “The work’s title is, in some ways, descriptive of the compositional and formal design of the piece,” said Tholl. “While there are instances when the instruments are divided into typical string orchestra instrument sections, the success of the piece is dependent on each part being treated as an individual solo line. This places an unusually high level of responsibility on each player, allowing for individualism and the opportunity for their voice to be heard. The piece is also constructed as a series of 'moments' which crossfade into one another. In other ways, the title is referential to the relationship between effort and the potential for failure that is inherent in any endeavor. The piece’s instrumentation and certain compositional ideas were directly inspired by Lutosławski’s Preludes and Fugue. Other elements which served as a direct influence on the composition were the string heavy works from Björk’s Vulnicura period and the experience of developing and teaching a class on Canon and Fugue at UCSB.”

The jury for the Luigi Nono International Composition Award noted that the work “has a very clear dramatic arc, starting in a place of extreme simplicity and taking the listener on a journey through increasingly complex musical and emotional spaces. The work holds our attention all the way through. The composer masterfully builds up simple materials into dense structures, skilfully smudging the lines of the original materials into blurry soundscapes with conflicting pulses. Moments of lyrical clarity seamlessly emerge out of chaos and disappear again. Though many textures are derived through clear processes, there is a surprising musicality and sensitivity to the resulting material. The work has a cinematic, progressive rock feel, successfully mixing genres into a unified language, which is not contaminated with techniques that are extraneous to the composer’s intention.”

Listen to every moment is another opportunity to shine here.

Tholl is a Lecturer in Composition at the UC Santa Barbara Department of Music, and is also on the faculty at Ventura College. In addition to being a composer, Tholl is a violinist, drummer, and improviser. Hailed by the Los Angeles Times as "vigorously virtuosic," his performances and compositions have been heard throughout the United States and Europe. As a composer, Tholl’s conceptual interest lies in the exploration of the passage of time, the physicality of making music, noise, nostalgia, and memory. His style is heavily informed by a synthesis of musical influences, the integration of improvisation, and the development of innovative instrumental techniques through a practice-led approach. As a soloist and chamber musician, he is dedicated to the performance of new music and the collaborative process between composer and performer. In addition to Wild Up, Tholl is also a member and co-founder of the “superb” (Los Angeles Times) Formalist Quartet, which has been presented by both the UCSB Corwin Concert Series and the UCSB Summer Music Festival. Aside from his work as a “classical” musician, Tholl maintains a second musical life performing pop, rock, punk, noise, and improvisational music and has worked extensively in scoring for film, dance, and theater as both a performer and composer.