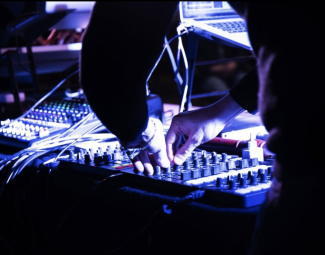 MA/IN is an international festival—held annually in south Italy—which celebrates innovations in electroacoustic music and digital art. The 2022 festival’s call for works included acousmatic and instrumental music with electronics/multimedia (live or fixed), as well as audiovisual works, intermedia performances, and sound/media installations. Derakhshani was honorarily mentioned in the live performance/sound art category for Pārsa, Oliveira in the audiovisual for Coalescence, and Duplessis in the acousmatic for Psi. These three were selected by the festival panel out of 388 submissions, from 52 countries.