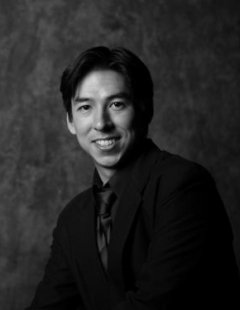 Christopher Davis has been a prize winner of numerous competitions, including the San Diego Symphony Young Artist Competition, the California Young Artists Competition in Escondido, and the Joanna Hodges International Piano Competition.  He has performed as a concerto soloist with the California Institute of Music Orchestra, the San Diego School of Creative and Performing Arts Orchestra, and the Northwest Arkansas Symphony Orchestra.  In 2006–2008, Chris performed in Germany, Austria, and Portugal where he meanwhile received instruction from some of the world’s most renowned teachers and scholars.

Since moving to Santa Barbara in 2008, Chris has immersed himself in the vast music community.  At UC Santa Barbara, he was a teaching assistant of both theory and piano classes and worked as an audio technician in the music library.  In addition to being the Music Academy of the West’s house manager since 2009, he has worked for Camerata Pacifica and collaborated independently with many of their musicians, including flutist Adrian Spence, violinist Catherine Leonard, violist Richard O’Neill, and cellist Ani Aznavoorian.

Chris earned his BA Degree in Music from UC San Diego, his MM Degree from the University of Arkansas, and completed his DMA Degree from UC Santa Barbara in 2013, studying with Paul Berkowitz and Robert Koenig.  He has been the Chair of the Santa Barbara Music Club’s Concert Committee since 2013 and is responsible for programming its bimonthly community concerts.  In 2014, Chris joined the staff at the Ojai Music Festival and began serving as a collaborative pianist for the Westmont College music department.  His other hobbies include composition, tennis, and salsa dancing.