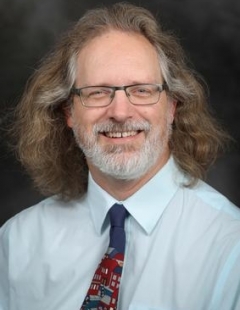 Christopher Gable is a composer, author, and music instructor based in Grand Forks, North Dakota, where he also teaches theory and Rock History at the University of North Dakota. His music has been performed all across the United States and in Shanghai, China. His music frequently includes references to and variations on all kinds of popular music. His commissions include works premiered by several University of North Dakota ensembles, including the UND Trumpet Ensemble, the UND Concert Choir, Duo Cantabile, the Steel Pan Ensemble, and several student performers. Other ensembles that have commissioned works from Dr. Gable are the International Music Camp, the Minnesota Philharmonic, One Voice Mixed Chorus, Trio Carrefour, the dream songs project, Zeitgeist, and the Metropolitan Symphony Orchestra (Minneapolis). Dr. Gable’s most recent opera is The Ladysmith Story, which celebrates the town of Ladysmith, Wisconsin and premiered in July 2010. He has previously taught at Macalester College, the University of Minnesota and St. Olaf College. Gable studied at the University of Minnesota and UC Santa Barbara; his principal teachers were Dominick Argento, Judith Lang Zaimont, and Emma Lou Diemer. His music is published by Dorn Publications and Warwick Music. He has written two books about popular musicians, The Words and Music of Sting and The Words and Music of Sheryl Crow, which were both published by Praeger Publishers. Dr. Gable was named a 2013 Artist Fellow from the North Dakota Council on the Arts.