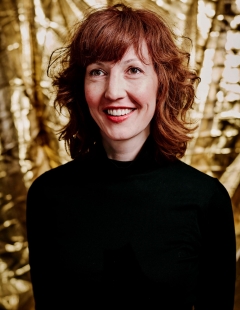 Born in Wisconsin and raised in Illinois, Jill Heinke developed her love of music early. Growing up in a musical household, she began learning piano, flute, and bass guitar at a young age; her musical achievements quickly followed. In middle school, she was winning local competitions; in high school, she won all the major school music awards (she is still the only person to win the major concert band and jazz band awards in the same year); in the community, she won the Rockford Area Music Industry Outstanding High School Musician Award/ Scholarship. Jill used this momentum to propel her to the University of California at Santa Barbara to continue her passion.

While pursuing her Bachelor of Music at the University of California at Santa Barbara with internationally acclaimed flute professor Jill Felber, Ms. Heinke immersed herself in all aspects of performance. She participated and held principal positions in all of the ensembles on campus: orchestra, chamber music, baroque ensemble, and contemporary music ensemble (flute), and jazz combos and big band (bass). At UCSB, Ms. Heinke received the Excellence-at-Entrance Scholarship Award, the Loren Toder Memorial Scholarship, the Women’s Alumni Leadership Scholarship, and an Honors College Research Fellowship Grant. After graduating from the Honors Program with Highest Honors, Jill decided to go to both of her top two graduate school choices. She began her graduate studies on scholarship at the San Francisco Conservatory of Music, where she received her Master of Music degree while studying with Tim Day, principal flutist of the San Francisco Symphony. In addition to participating in numerous chamber ensembles and the symphony orchestra at the conservatory, Jill participated in the Conservatory in the Schools program, providing music teaching help to underprivileged students at inner-city schools, and thus her passion for teaching began.

Further educational pursuits brought Jill to the Royal College of Music, London, where she studied with Susan Milan, world-renowned recording artist, soloist, chamber musician, and former principal flutist of the Royal Philharmonic Orchestra, and received her Postgraduate Diploma while on a full scholarship as a Rotary International Ambassadorial Scholar.

When Jill returned to California to finish her Masters degree, she joined local flute chamber music sensations Areon Flutes. Areon Flutes went on to perform at Carnegie Hall (2007) and win Bronze Medal at the prestigious Fischoff Chamber Music Competition (2008). Ever since, Areon has been growing its reputation as cutting-edge contemporary chamber musicians, concertizing and teaching master classes around the USA, as well as running their own myriad educational programs as a non-profit organization. Areon Flutes are Miyazawa Artists, and they have self-released two albums which can be purchased on iTunes.

Ms. Heinke currently operates a thriving private flute studio in the San Francisco Bay Area, where she shares her energetic passion for teaching and love of music-making with her students in weekly lessons. She teaches beginner through college and adult-amateur levels, and welcomes those who want a competitive edge as well as those who seek to expand their musical knowledge in a more casual setting. Many of her students participate in local youth symphonies, and her students have won numerous local, regional, and state awards, including All- County Band, All-State Band, CMEA Soloist Competition State-wide Command Performance, MTAC VOCE Soloist and Chamber Music winners, Burlingame Music Club Scholarship, and more. Ms. Heinke also serves on the faculty at American Indian Public Charter School in Oakland, where she teaches weekly group classes, as well as at Menlo School in Atherton, where she coaches Upper School chamber music ensembles and directs the Middle School Chamber Orchestra.

In addition to her extensive teaching and flute performance career, Jill also finds time to play bass and tour with the acclaimed bay area indie band Birds & Batteries, appearing on the last 3 albums as bassist (including some flute tracks). Ms. Heinke serves on the faculty of Blue Bear School of Music, where she teaches at “rock camps” throughout the summer, and is a freelance bassist around the region.