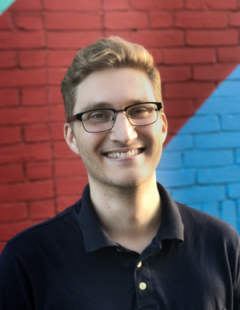 A musician and composer since a young age, he chose to pursue his undergraduate degree at Stanford University, where he studied with Jarosław Kapuściński. Following up on his interest in computers and interactivity, he then continued on at Stanford with a master's degree in Music, Science and Technology. More recently, Marc was the recipient of a Chancellor's fellowship at UC Santa Barbara, where he completed his doctoral studies with Professors Clarence Barlow, Joel Feigin, and Curtis Roads.

Marc is also a pianist, and has been fortunate to study with Thomas Schultz at Stanford and Charles Asche at UC Santa Barbara. He would like to extend profound gratitude to all of the above-mentioned teachers, who have contributed immeasurably to his musical thought and understanding.