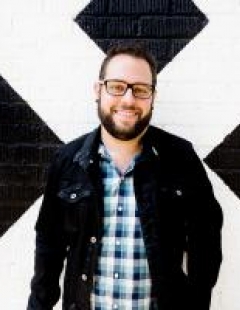 Nick Norton is a composer, guitarist, and concert producer from Los Angeles. He is interested in the colorful grey areas between genres, creating new experiences for listeners, and destroying social barriers to enjoying music. The LA Times describes his music as crazy, NewMusicBox referred to his pieces as “visceral sonic haiku,” and Fool In The Forest said they were “fit to melt steel.” Nick is co-artistic director of Equal Sound, founder and editor of New Classic LA, a member of Synchromy, and plays in the bands Honest Iago, Better Looking People With Superior Ideas, and The Newports. He really enjoys craft beer, sci-fi, and being near or in the ocean, and holds degrees from UC San Diego and King’s College London. He received his PhD in composition from UC Santa Barbara.