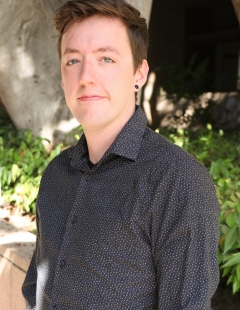 In his music and research, Rodney DuPlessis explores the intersections and boundaries of physics, chaos, psychoacoustics, human-computer interaction, and novel synthesis techniques, among others. The sonic result of these pursuits is often equal parts visceral and cerebral, drawing inspiration from his background as a progressive metal vocalist/guitarist as much as from mathematics and science. In response to DuPlessis' music, one person said, "I thought I was dying, but then I realized it was just sound."

DuPlessis has earned international recognition for his works, including prizes such as, among others, the Destellos International Competition 2020 (honorable mention), the Dorothy and Sherrill C. Corwin Award for Excellence in Composition (1st prize - Percussion, 2nd prize - Electroacoustic), and the 2020 SEAMUS/ASCAP award (finalist). He has collaborated with new music luminaries such as Los Angeles Percussion Quartet, Formalist Quartet, Hocket, Henrique Portovedo, and Scott Worthington. His music has been performed in North America, Europe, Korea, and in the middle of the Caribbean Sea.

As a programmer, DuPlessis is interested in preservation and reincarnation of preexisting software as well as the creation of innovative software that expands the creative toolbox for artists. He works most often in C++, Python, and Pure Data. Currently, he is developing software that facilitates his novel spectral processing methods as well as a signal generator based on the linear dynamics of a coupled oscillator network.

DuPlessis is also dedicated to presenting new music as a concert organizer, producer, and live electronics performer. In 2018 he was Director of the UCSB Summer Music Festival: a 2-day festival celebrating new music and diversity. As Technical Coordinator at the Center for Research in Electronic Art Technology (CREATE), he manages three electronic music studios and works with Curtis Roads to present concerts and talks related to computer music.

DuPlessis' teachers have included Curtis Roads, Clarence Barlow, João Pedro Oliveira, and Martin Kutnowski. He completed his BA in Music and Psychology at St. Thomas University (Canada) in 2013, his MA in Composition at UC Santa Barbara in 2019, and has attended the Chigiana Summer Academy (Alvise Vidolin, Nicola Bernardini), the Musiques & Recherches Summer Academy (Annette Vande Gorne), and the Bogong Centre for Sound Culture Field Recording Masterclass (Douglas Quin, Philip Samartzis). He is currently simultaneously finishing a PhD in Composition and a Master of Science in Media Arts & Technology at UC Santa Barbara.