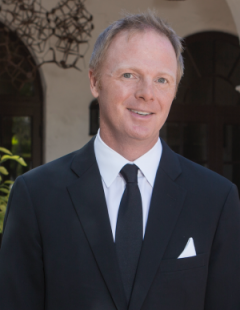 The American tenor Benjamin Brecher has gained great acclaim with his many performances on the opera and concert stages. Mr. Brecher has performed over fifty operatic roles at many of the world’s most prestigious venues and sung with over forty orchestras spanning from New York to Tel Aviv.

He has performed over thirteen roles with The New York City Opera; appearing in their productions of Il Viaggio a Reims, Il Barbiere di Siviglia, Die Zauberflotë, L'Enfant et les Sortileges, Carmen, Seven Deadly Sins, and the New York premiere of Central Park. Other engagements include: La Sonnambula, I Capuleti e I Montecchi, and Otello with Opera Orchestra of New York; Lindoro in L'Italiana in Algeri with Opera de Montreal, Tel Aviv, and Opera de Nice; Camille in The Merry Widow with the Palm Beach Opera; Candide in Rome; and Viaggio a Reims at The Rossini Opera Festival in Pesaro, Italy. On the concert stage, Mr. Brecher has performed a wide range of repertoire with worlds finest symphonies, including the orchestras of Chicago, Chautauqua, Mexico City, Rome, Budapest, Cincinnati, St. Louis, Milwaukee, Detroit, Indianapolis, Ft. Worth, Pittsburgh, Virginia, Seattle, Florida, Detroit, Naples, Baltimore, Seattle, Portland, Toronto, Buffalo, Edmonton, Milwaukee, Columbus, National Arts Orchestra Ottawa, and the National Symphony at Kennedy Center, among many others. Mr. Brecher has many recordings including The Barber of Seville with The Franz Liszt Chamber Orchestra, the 2010 release of Bernstein’s Candide recorded live in Rome, along with two live PBS concerts from Carnegie Hall, Ira Gershwin at 100 and The Music of Lerner and Lowe.

Recent engagements include performances at the Ravinia Festival with The Chicago Symphony Orchestra, Benjamin Britten Serenade for Tenor, Horn and Strings in Wisconsin, Ernesto in Don Pasquale at the Belle Isle Festival in France and Buffalo, Count Almaviva in The Barber of Seville in Buffalo and Baltimore, and a live recital broadcast on Radio France.

Upcoming engagements include Beethoven’s Ninth Symphony with the Santa Rosa, and Florida Symphonies, and the world premiere of the opera Shot!, the story of the assassination of President McKinley, in Buffalo and Dayton. Mr. Brecher is a graduate of The Juilliard Opera Center; New England Conservatory of Music and Bowling Green State University. Before joining the UCSB faculty in 2008, he served as Assistant Professor of Music at the University of Wisconsin – Green Bay from 2006-2008, where he directed the opera and taught voice.