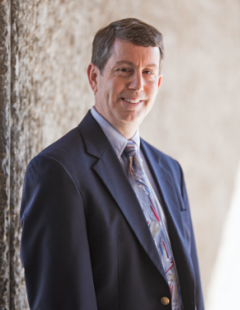 Derek Katz received his PhD from UCSB, his BA from Harvard, and has studied at The Free University of Berlin on a Fulbright Fellowship. A specialist in Czech music, he has published articles in Musical Quarterly and multiple Czech journals, as well as chapters in Nineteenth Century Chamber Music (Schirmer, 1998), Janáček and His World (Princeton, 2003), and Modernism and Opera (Johns Hopkins, 2016). His book Janáček Beyond the Borders was published by the University of Rochester Press in 2009. His more recent work deals with institutional support for professional string quartets in the United States in the mid-20th Century. In particular, he has been researching the American career of the Kolisch Quartet and the history of the New Friends of Music in New York. Katz has also worked extensively in public musicology and audience enhancement. He has written for The New York Times, the San Francisco Opera, the Teatro Real Madrid, and the Bavarian State Opera, and spoken at Lincoln Center and Carnegie Hall. He also collaborates with the San Francisco Opera Guild, the Ives Collective, and the Hausmann Quartet. He is an enthusiastic amateur violist and chamber music player.

Articles and essays include "A Turk and a Moravian in Prague: Janáček's Broucek and the Perils of Musical Patriotism" (Janáček and His World, ed. Michael Beckerman. Princeton University Press 2003); "Janáček a tradice" (Hudebn’ veda 1998); "Smetana's Second String Quartet: Voice of Madness or Triumph of Spirit?" (Musical Quarterly, 1997); "The Chamber Music of Dvořák and Smetana" (with Michael Beckerman. Nineteenth Century Chamber Music, ed. Stephen Hefling. Schirmer 1998). Articles for The New York Times, including "So a Composer Met a Woman at a SpaÉ" (July 20, 2003); "Is Jenufa a Heroine or a Sitting Duck?" (January 5, 2003); "Music of Messages, Hidden and Overt" (March 10, 2002); "Two Czech Operas, Rarely Performed" (August 19, 2001); "Reading the Future in Readings of Rusalka" (May 2, 1999). Program essays for the San Francisco Opera, Lincoln Center, Carnegie Hall, the Bard Festival and the Aspen Music Festival; Pre-concert lectures for Lincoln Center, Carnegie Hall, and the Bard Festival.