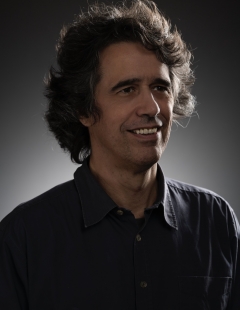 Oliveira’s music explores multiple facets of the interaction between acoustic instruments and electronic sounds and, further, relationships between sound and images. His works include over 100 compositions published in various countries (opera, orchestral and choral, chamber music, solo instrumental pieces, tape/electroacoustic works, video, music for public spaces, orchestrations and arrangements). His discography includes 11 solo/monographic CDs, as well as other pieces recorded on over 50 CDs. Fifty-six pieces were composed on commission. Oliveira’s music is frequently performed nationally and internationally. In 2019 alone, there were over 100 performances in more than 20 countries. In competitions, Oliveira has been highly successful, garnering 54 prizes or Honorable Mentions. 25 were first prizes, among others, the Bourges Magisterium Prize, Giga-Hertz Award, Musica Nova Prize, and Metamorphosis Competition. Oliveira’s stature in the field is reflected in over 10 articles/book chapters about him and his music. In addition to the artistic work and accomplishments as a composer, Oliveira has also been active for many years as an author and co-author, having published a large-scale analysis book (1999) and 21 articles and chapters on a variety of topics.