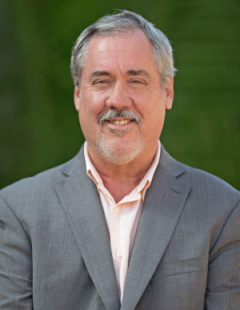 Dr. John Ballerino grew up in Guadalajara, Mexico and is fluent in Spanish. He holds a DMA in Collaborative Arts from the University of Southern California, where he also studied Spanish and Latin American literature as part of his doctoral program.

His principal teachers include Gwendolyn Koldofsky, Brooks Smith, Alan Smith, George Katz, and Frank Wiens. He is a five-time winner of the Koldofsky Graduate Fellowship in Accompanying, and twice was the winner of the Hans Schiff Memorial Scholarship for excellence in chamber music (USC). He has also twice received scholarships to the Music Academy of the West (Santa Barbara). Master classes and private coaching have enabled him to work with Martin Katz, Giorgio Tozzi, Evelyn Lear, William Parker, Martial Singher, Dalton Baldwin, Roger Vignoles, Elly Ameling, Marilyn Horne, and Martin Isepp.

An accomplished speaker and performer of Spanish and Latin American music, Dr. Ballerino lectures and performs throughout the United States and the Caribbean. Since 1999, John has been the principal coach and Assistant Music Director for ten different Zarzuela productions at the Jarvis Conservatory in Napa, California. He has also served as a Spanish diction coach for productions by the Los Angeles Opera and the Los Angeles Master Chorale. In 2007, John was on staff at Los Angeles Opera as diction coach and pianist for the Zarzuela Luisa Fernanda, featuring Plácido Domingo in the lead role. In 2010 John was the assistant conductor and Spanish coach for Rio de Sangre, a world premier opera by Don Davis that was produced by the Florentine Opera (Milwaukee).

John is a Continuing Lecturer of Collaborative Arts at the University of California, Santa Barbara. There he teaches Spanish Diction as well as Song and Operatic Literature. He is the former Chorus Master, Principal Pianist, and Assistant Conductor for Opera Santa Barbara and has frequently been on the music staffs of the Los Angeles, Florentine (Milwaukee) Utah Festival, Fresno, and Sarasota Opera Companies as an Assistant Conductor and Repetiteur. John is currently a Guest Lecturer of Spanish Opera at the University of California, Los Angeles.