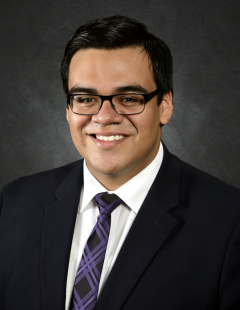 While at BYU Idaho, Mr. Torres served as an assistant conductor for various choirs and teaching assistant for conducting courses. He formed the BYU Idaho Chamber Singers which performed for dignitaries, commencement, devotionals, department concerts, and much more. Following graduation, he was hired as an adjunct instructor to teach Men’s and Women’s Choir, basic and advanced conducting courses, and maintain a private conducting studio. Additionally, he served as a substitute conductor for instrumental and orchestral ensembles. He was a head conductor and contributor for the University’s televised (PBS) guest artist productions in the 15,000-seat I-Center.

Mr. Torres has conducted the music and choirs for two 2018 worldwide televised broadcast events of The Church of Jesus Christ of Latter–day Saints (Annual General Conference and Young Adult Fireside). He was the artistic director of the first South-Eastern production of Rob Gardner’s oratorio Lamb of God, which involved a 150-member chorus, orchestra, and professional soloists from Idaho and Utah.

Current appointments for Mr. Torres include service as artistic director and conductor of the elite choral ensemble Vocal Affinity, in Rexburg, Idaho, which was selected and featured as one of the performing choirs in the Northwest American Choral Directors Association Regional Conference 2020. Mr. Torres also conducts the newly formed ensemble under Vocal Affinity Corporation: The Scholars. He is pursuing a Doctoral of Musical Arts in Choral Conducting at the University of California Santa Barbara, where he serves as the conductor for UC Santa Barbara’s Lumina and as the graduate teaching assistant for the choral department. He is under the tutelage and mentorship of renowned conductor and Sorensen Director of Choral Music at UCSB, Dr. Nicole Lamartine.