Music offers over 20 classes that count for GEs, and so many additional opportunities to learn & play music.

The classes listed below are the most common introductory music courses: classes that count toward preparation for the majors, minor, and any class that will also fulfill a GE requirement. This page is designed to highlight these classes for students who are interested in exploring where to get started.

Unless otherwise noted in the course prerequisites, classes are open to all majors. Some performance classes may require an audition, others are open to all students with any level of experience.

For personalized advising, please see the Undergraduate Advisor. For a full list of courses the Department offers, see the General Catalog.  For actual course offerings by quarter, please check the Quarterly Class Search or in GOLD

Course offerings change each quarter, and not all classes listed below are offered on a regular basis. Use the Course Enrollment History tool to search for the last time a class was offered.

See the course planning resource guide for those interested in majoring or minoring in Music.

MUS 3A, Introduction to Music Studies

Introduces students to ways of studying music as a cultural practice situated in society. Methods are drawn from musicology, ethnomusicology, history, anthropology, and sociology. Students will be taught to think critically about music as a universal human expression. This series of classes may currently be taken out of order. For permission to enroll in this class as a non-major, contact the undergraduate advisor.

MUS 3B, Writing about Music

Acquaints students with different approaches to writing and speaking about music of many traditions. The works of performers, critics, music theorists, ethnographers, musicologists, and historians will all be represented in the selection of assigned readings. This series of classes may be currently be taken out of order. For permission to enroll in this class as a non-major, contact the undergraduate advisor.

Looking at a variety of music traditions from different parts of the world, the class will survey varying approaches to issues of compositional structure, rhythm, intonation, scales, etc. The class will have listening and practical components. This series of classes may be currently be taken out of order. For permission to enroll in this class as a non-major, contact the undergraduate advisor.

4 units per class, GE: Writing & European Traditions, usually A offered in Fall, B in Winter, C in Spring

Topics include: (10A) - Renaissance legacies, music and religious reformations, ancient vs. modern, the rise of opera, patronage, instrumental composer-performers, taste in the Enlightenment, (10B) - the rise of public concerts and of the virtuoso soloist, the evolution of the orchestra, music in salons and parlors, and national operatic institutions, (10C) - music and nationalism, late romanticism and the limits of tonality, modernism, the impact of popular music on art music, and neoclassicism.

The study of notes, scales, triads, inversions, rhythm, harmony, and musical terminology. Laboratory activities include keyboard orientation, sight-singing, and ear training. This class is required for all majors and minors. It is possible to test out of this requirement with the Music Theory exam, offered each Fall quarter.

This class does not apply to any major in the department. A selective survey of music of western civilization; the evolution of forms, styles, media. Designed to enable the student to listen with understanding.

An introductory course surveying the unity and diversity of folk, traditional, and classical music of the non-western world. Emphasis given to dance, theatre, musical instruments, and the role of music in society.

A survey of the relationships between music and popular culture in America. Music to be discussed includes blues, jazz, and rock, as well as classical music. Emphasis is on cultural, rather than technical aspects of music. Upper-division standing is required.

A study of selected symphonic works.

MUS 116, American Music History: From the Colonial Period to the Present

An overview of the varieties of American musical experience from the Colonial period to the present. Representative works from several genres are studies with a view to placing them in their cultural context and identifying major aesthetic issues.

MUS 119A, Music and Politics

A study of the interaction between music and politics from the fourteenth century to the present. Includes discussion of relevant art from each period.

MUS 175F, Music Cultures of the World: The Middle East

Arab, Turkish, and Persian music traditions from historical, cultural, and musicological perspectives. Emphasis given to the position of music in Islam, present-day performers, and modal and rhythmic structures.

A survey of music traditions of the Indian subcontinent from classical to folk and popular. Emphasis on the position of music in Hindu philosophy, the role of music in society, musical instruments, and modal and rhythmic structures (Raga and Tala).

MUS 175I, Music Cultures of the World: Indonesia

Introduces Indonesian musical and cultural practices through folk, classical, popular musics; religious traditions, theater and dance. Topics include interconnection of sonic and social structures, historical conditions of colonial and postcolonial relationships with the West, and transitions to contemporary transnational circulations.

A practical course in sight-singing, aural analysis, and rhythmic studies. This series must be taken in consecutive order. 4A and D are offered in the Fall, 4B and E in the Winter, and C and F in Spring quarter. If you have previous musicianship classes or skills, the musicianship placement exam can place you further along in the series. Beginners start with 4A. It is advised that 4A, B and C be taken concurrently with 5A, B, and C, respectively. For permission to enroll in this class as a non-major, or to take the class without concurrent enrollment in MUS 5contact the undergraduate advisor.

2 Units, Prerequisite: MUS 11 or ability to read and write music.

Assignments in writing music. Students should take MUS 11 and have a basic competency in reading and writing music before taking this course.

1 unit, Prerequisite: MUS 11 and audition. Audition will place you into A, B or C.

1 unit, no audition or experience required.

Basic keyboard skills, major scales, and chords, introduction to harmonization, easy piano repertoire. Music 11 is a prerequisite for this series, which begins each Fall quarter and continues through the school year. 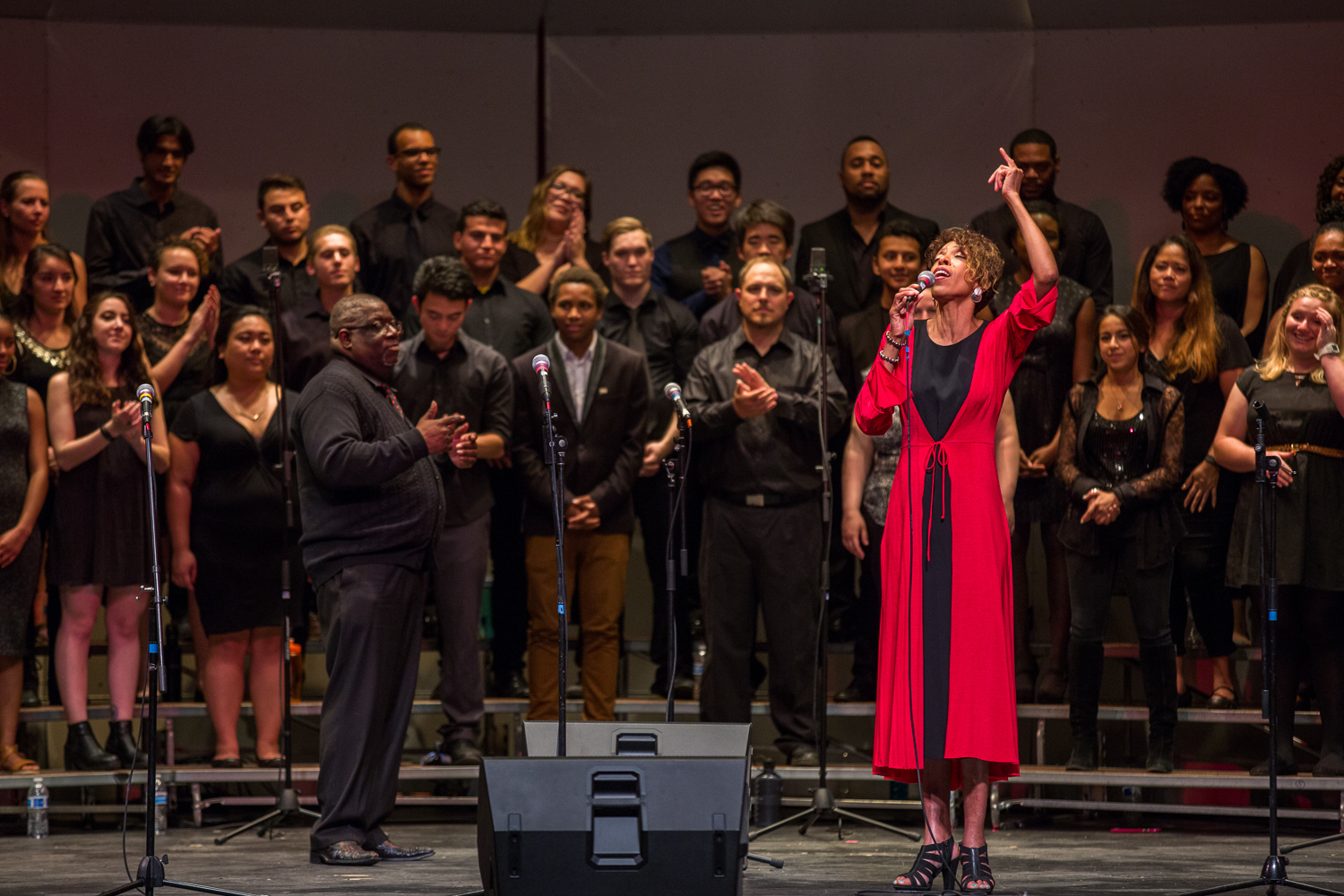 Students register for ensembles under the GOLD category: MUS A - Performance Laboratories.

Ensemble audition requirements vary, click on the ensemble for specific information. If an audition is required, the instructor will provide you with an approval code once the audition has been passed.

For most ensembles, students should register for the course number that correlates to their class standing. For Freshmen and Sophomores register for the class numbered 1-99, for Juniors and Seniors 100-199, and for Graduate Students, 200-299.