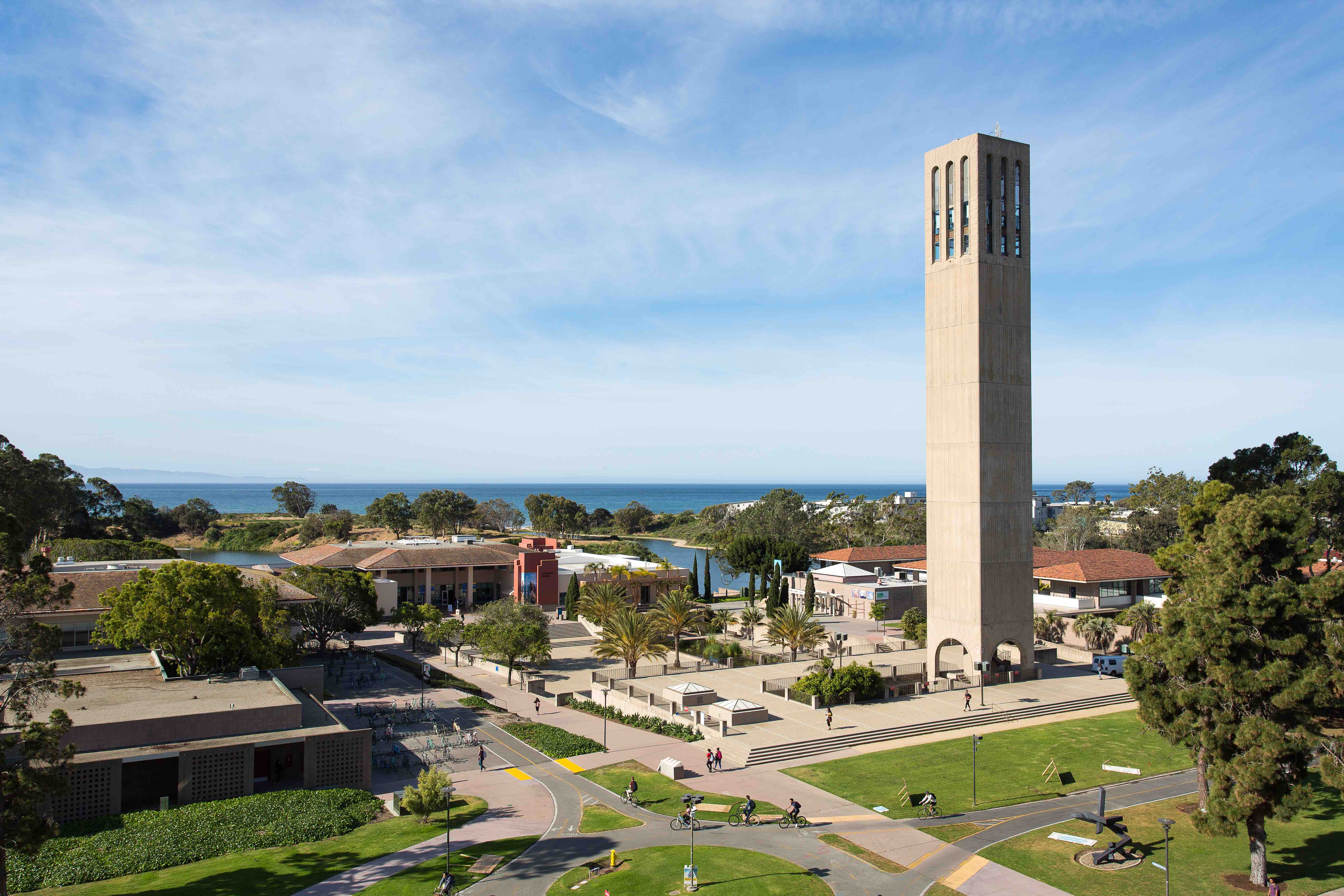 Learn to play the bells of the Storke Tower carillon! This course consists of weekly individual lessons. A Student Carillon Recital is presented each quarter.

An audition is required, either on piano or another instrument of the student's choice. Note that students often study carillon for their entire time at UCSB, so it is rare for space to come available. Please email University Carillonist Wesley Arai to schedule an audition. Enrollment is very limited and is based on audition.

About the Storke Tower Carillon

UCSB's Storke Tower and its carillon were a gift from Thomas Storke, former publisher of the Santa Barbara News-Press. The instrument consists of 61 bells cast by Petit & Fritsen of the Netherlands, with the bells weighing from 18 pounds to 2.5 tons, and spanning five octaves. The UCSB carillon is a much larger modern copy of historical instruments that were invented approximately 500 years ago in the Low Countries of Europe. Tower bells had previously been used for signaling time and for additional signals such as "Close the City Gates", "Go to church", and "An enemy is coming." Eventually, the number of bells was increased and were hooked up to a keyboard to facilitate the performance of music. A melody was often played to attract the attention of the townspeople before the hour bell tolled the time throughout the day. A carillon is played with the fists and feet, and the action is completely mechanical. To vary the dynamics of the music, the performer must strike the key harder or use a lighter touch, much like a piano.

More information about carillons in general can be found on the website of the Guild of Carillonneurs in North America.