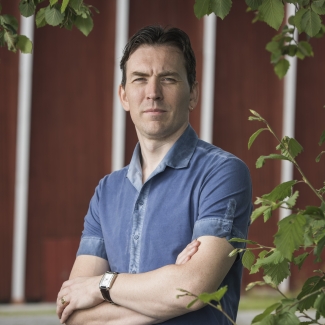 UC Santa Barbara Doctor of Musical Arts student Valdis Jansons will perform as the baritone soloist in Gustav Mahler’s Songs of the Wayfarer (arr. Arnold Schoenberg) with conductor Nir Kabaretti and the Santa Barbara Symphony on Saturday, April 17, 2021 at 7 pm. The performance was announced as part of the Santa Barbara Symphony’s 2020/2021 season, which will include seven concerts that will be streamed live from the Granada Theatre with socially-distanced audiences between October 2020 and May 2021.

The April 17th program will also include Aaron Copland’s Fanfare for the Common Man, Henri Tomasi’s “Evangile” from Fanfare Liturgiques for Brass & Percussion, Bramwell Tovey’s Santa Barbara Sonata for Brass Quintet, and Johannes Brahms’ Serenade No. 2 in A Major, Op. 16.

Learn more about the program and purchase a digital subscription to this concert here.

Jansons is a Doctor of Musical Arts student in the studio of Dr. Isabel Bayrakdarian. The baritone made his opera debut in 2004 under the direction of Antonello Allemandi and is the winner of many international competitions, including the Giuseppe Di Stefano (2006) and the As.Li.Co. (2009), among others. He has sung more than 60 roles in more than 70 theaters all over the world, such as Teatro alla Scala, Moscow’s Bolshoi Theater, Theater an der Wien, Teatro San Carlo di Napoli, Lincoln Center, and the National Centre for the Performing Arts (NCPA) in Beijing. He has also covered opera "stars" such as Leo Nucci as Rigoletto, Rolando Panerai and Juan Pons as Gianni Schicchi, and Roberto Servile as Marcello in La Bohème.