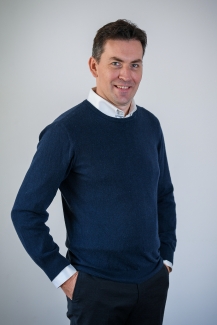 The production was conducted by Valerio Galli and directed by Andrea Cigni, with whom Jansons had already worked for the production of Gaetano Donizetti's Pia de' Tolomei at the Spoleto Festival in Charleston, South Carolina in the summer of 2018. For Teatro Grande’s production of La Fanciulla del West, Jansons sang the role of Sonora and was joined by Rebeka Lokar (Minnie), Angelo Villari (Dick Johnson), Devid Cecconi (Jack Rance), Andrea Concetti (Ashby), and Didier Pieri (Nick the bartender).

Based on the 1905 play The Girl of the Golden West by American author David Belasco, La Fanciulla del West is set in a miner’s camp in California in the mid-1800s, and follows the complicated love story of Minnie and Dick Johnson. Composed in 1910 for the Metropolitan Opera with an Italian libretto by Guelfo Civinini and Carlo Zangarini, the opera received its premiere in December 1910 with Met stars Enrico Caruso and Emmy Destinn—for whom Puccini created the leading roles of Dick Johnson and Minnie—and was conducted by famed maestro Arturo Toscanini.

La Fanciulla del West followed Puccini’s Madame Butterfly, which originally premiered as an opera in two acts in February 1904 at La Scala in Milan, but was later revised and received its second, highly-successful premiere as a three-act opera in May of 1904 at Teatro Grande di Brescia.

Jansons is pursuing a Doctor of Musical Arts degree in Voice and studies under Professor Isabel Bayrakdarian.