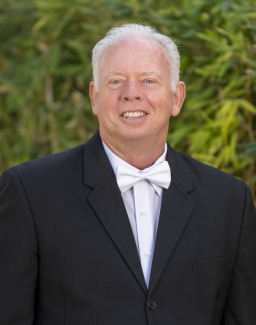 The California Association of Professional Music Teachers’ Lifetime Achievement Award is presented each year to a musician who has distinguished themselves in the fields of performing, teaching, and service to the profession. Past winners of the award include University of Southern California Thornton School of Music professors John Perry, Daniel Pollock, and Stewart Gordon, as well as renowned mezzo-soprano Frederica von Stade, conductor Michael Tilson Thomas, and From the Top host Christopher O’Riley.

The award was presented to Dr. Asche at the Awards Ceremony at the conclusion of the 2020 CAPMT State Conference, which was a virtual experience this year held on Friday, October 9 and Saturday, October 10, 2020.

In presenting the award, Dr. Stephen Pierce, Associate Professor of Practice at the Thornton School of Music at USC stated: “…Dr. Asche embodies what the award is all about; excellence in teaching, mentorship, and service to the profession…”

Dr. Charles Asche has been a Lecturer in the Department of Music at UC Santa Barbara since 1991. He has performed as a recitalist, concerto soloist, and chamber musician throughout the United States as well as in Russia, Asia, and South America. Recital venues include the historic Rachmaninoff Hall at the Moscow Conservatory; Philharmonic Hall in Samara, Russia; the National Recital Hall in Taipei, Taiwan; the Sala América at the Biblioteca Nacional in Santiago, Chile; and Weill Recital Hall at Carnegie Hall.

Read more about the award here.