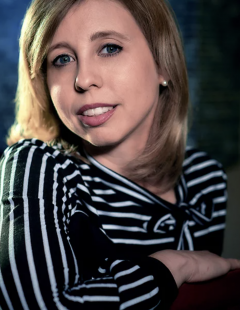 A native of Southern California, Bridget Hough is a versatile pianist known for her sensitive artistry and lyrical approach to the keyboard. Equally at home in solo, chamber, and vocal, as well as instrumental repertoire, she has played for music festivals in the United States and abroad, and is engaged regularly for collaborative recording projects, competitions, and performances.

She has been referred to as “the ideal collaborator,” her playing described as “beautiful, lyricism always taking precedence over virtuosity, her impressive tranquility never faltering.” (Gerald Carpenter, The Independent).

Bridget has played for masterclasses and private coachings with Stephanie Blythe, Alan Smith, Graham Johnson, Martin Katz, and Margo Garrett, in addition to serving as pianist for masterclasses conducted by Leonidas Kavakos, Roberto Diaz, Eduardo Villa, and the St. Lawrence and Emerson String Quartets. She has been an invited pianist for several summer festivals, including SongFest at the Colburn School, the Schubert-Institut in Austria where she worked with renowned pianists Helmut Deutsch, Julius Drake, and Roger Vignoles, and the prestigious Fall Island Vocal Arts Seminar led by Stephanie Blythe and Alan Smith, where she was a fellow for two seasons.

A teaching assistant in collaborative piano at the University of California, Santa Barbara for three years, Bridget played for opera scenes, provided vocal and instrumental coaching, and assisted with the undergraduate accompanying class. Prior to that, she taught piano and music theory at private schools for nine years.

A dual career artist, Bridget recently joined UCLA as the Executive Recruiter for the Medical School and Health Sciences. Previously she was with Russell Reynolds Associates, an international executive recruiting firm, where she spent seven years specializing in the recruitment of senior academic administrators for major research universities, academic medical centers, and scientific institutions.

At UCLA she is involved with the Mindful Music initiative, an interdisciplinary program designed to integrate music into communities in order to explore and share the health benefits of music through live performances, education, and research.