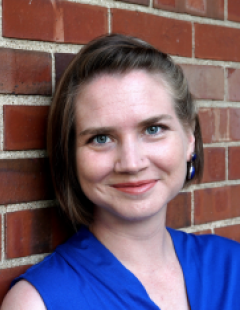 A specialist in the musics of Turkey and the land and seas formally under Ottoman control, her research engages the intersections of music-making and affective practice, health, gender/sexuality, Islam, social justice, and sound in relation to post-humanism.

Her work draws on four years of ethnographic research in Turkey funded by multiple grants including Fulbright (2007-2008, 2008-2009).  Dr. Gill is a winner of the Ki Mantle Hood Award from the Society of Ethnomusicology (2007) and a Sakip Sabanci International Research Award (2008). She was recently a Fellow with the American Council of Learned Societies (ACLS).

As a kanun (Middle Eastern trapezoidal zither) player committed to the study of Ottoman-Turkish Classical, Islamic, and Mevlevi music traditions, Dr. Gill has performed on radio and television programs and in concert halls in Turkey, the United States, and in multiple cities in Europe.  She has served as a clinician for Middle East Ensembles and continues to perform as a solo recitalist with kanun and voice.  As a fiddler, Dr. Gill has founded participatory music ensembles related to American vernacular music traditions (especially Old Time and Bluegrass musics). She utilizes participatory music-making and performance in her Muslim interfaith work and social justice advocacy in the St. Louis area.