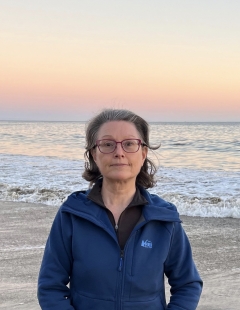 She holds BA Hons in Music, Drama and Dance, PGCE in Drama in Education; and PhD in Performance Studies and Critical Dance Studies. Ruth had a successful career as a professional stage and TV actor, and also worked as a community arts facilitator, and Head of Music in secondary education. In the field of arts and disability, she directed the InterAct Theatre Workshop.