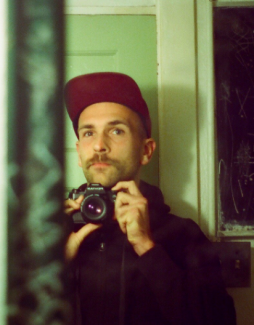 Alumnus Max Jack ‘19 was appointed as a Postdoctoral Fellow at the Max Planck Institute for Human Development at the Center for the History of Emotions for the 21-22 and 22-23 academic years.

Jack’s main areas of focus during his appointment include atmosphere and affect theory, anti-capitalist movements, crowds and protest, music in sport, and sound studies. Jack’s upcoming book project, Insurgent Fandom, will explore the ways that crowds can be mobilized to express social and political commentary in the context of professional sport. More information on the upcoming publication can be found in the post “Insurgent Fandom: The Ultra Movement and the Governance of Public Affects.”

The Max Planck Institute for Human Development at the Center for the History of Emotions outlines Jack's research area of “Citizenship and Nationbuilding” as being “concerned with the role emotions have played in forming political entities, particularly ‘the nation,’ and in identifying their members. The projects look at how emotions have shaped discussions about national ideals, and how they have influenced the ways in which citizens are included or excluded within the nation state. They also consider how emotions have helped construct a shared past and a common destiny in order to maintain a national community.”