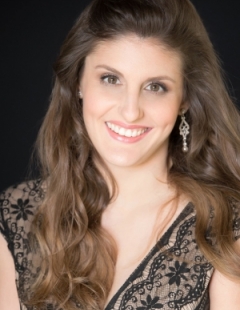 Born and raised in Southern California, April Amante is a versatile soprano with expertise and facility in repertoire spanning from early music to contemporary musical theater. Her strong musicianship draws her toward contemporary and modern music. Five-time Grammy award winner, John Corigliano (The Ghosts of Versailles, The Red Violin, Symphony No. 2) once described Amante’s singing as “beautiful [with …] a long line and a beautiful sound …”