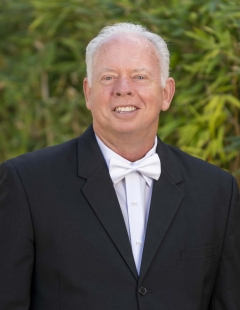 Charles Asche has performed as a recitalist, concerto soloist, and chamber musician throughout the United States, South America, Russia, and Asia. Performance venues have included the renowned Rachmaninoff Hall at the Moscow Conservatory, the historic Philharmonic Hall in Samara, Russia, Chamber Music Hall at the Tchaikovsky Conservatory in Moscow, the National Recital Hall in Taipei, Taiwan, the Sala America in the National Library in Santiago, Chile, Zilkha Hall in Houston, Texas, and the Weill Recital Hall at Carnegie Hall.

In the Fall of 2020, Dr. Asche was awarded the annual Lifetime Achievement Award granted by the California Association of Professional Music Teachers; state affiliate of Music Teachers National Association. The award recognizes outstanding accomplishments in the areas of performance, teaching, and service to the profession.

His performances have garnered praise and accolades from critics including Federico Heinlein in "El Mercurio," Santiago, Chile:

...His virtues as a musician, as a strategist, and as a virtuoso seemed to culminate in the Sonata Op. 5 (f minor) of Johannes Brahms; the final work on the program. Asche's interpretation grants the most diverse colors to the luminous work of the young Brahms; even then still in his teens. Everything made sense and was in accord with the Brahmsian spirit. The fullness and grandeur of the Allegro maestoso, the dream-like climate of the Andante, the opposition of fiery impetuousness and calm in the Scherzo, the dramatic qualities of the "Retrospective"; an interpolated movement, and the finale with its fantastically resolved gradations, were all artistic triumphs of outstanding merit...

...Charles Asche's piano work stood out both for rippling and effortless technique (which he displayed so well in the fourth movement) and his fine skill as an ensemble player. In fact, the entire ensemble showed exceptional skill and sensitivity which brought this work to a brilliant finish...

Regarding his performances and Master Classes in Russia, Larissa Parfyonova, director of the Samara Musical College commented:

...The poetic charm and elevated romanticism of Professor Asche's music touched us deeply. The wide range of his musical interests, distinctive aesthetic position, and his orignal opinions and humor in communicating with the students and audience found an enthusiastic reception at the auditoriums; which were filled to capacity...

Originally from Miami, Florida, his early studies were with Peggy Neighbors Erwin. He was the recipient of a National Federation of Music Clubs Scholarship to attend the National Music Camp at Interlochen and was a winner in the Camp's prestigious Concerto Competition and was also the recipient of the Outstanding Male Musician Award presented by Phi MU Alpha Sinfonia. At Interlochen, he was a student of the distinguished American pianist, Nelita True.

He later attended the University of Texas at Austin where he was a student of the eminent pianist and teacher, John Perry, and completed his doctoral studies there under the guidance of Nancy Garrett. His doctoral treatise was one of the first comprehensive studies of the piano works of Cuban composers Amadeo Roldan and Alejandro Garcia Caturla.

In 1993, Dr. Asche was invited to perform the Concerto No. 5 ("Emperor"), of Beethoven, with the Samara Philharmonic in the historic city of Samara, Russia. He also presented Master Classes at the Samara Musical College and at the Tchaikovsky Conservatory in Moscow. Based on the success of these classes and performances, Dr. Asche was invited to return the following year and performed the Concerto No. 1 in d minor of Johannes Brahms with the Samara Philharmonic and was awarded the Russian title of "Pochetni Gost" (Honored Guest). He also repeated his classes at the Samara Musical college and the Tchaikovsky Conservatory, and performed a solo recital at both venues.

Recent performances have included the cycle of Violin Sonatas by Johannes Brahms with violinist Chiao-Ling Sun in New York and throughout Taiwan, and a performance of the Concerto No. 4 in G Major of Beethoven with the Houston Chamber Orchestra.

Dr. Asche has served as an adjudicator on various competition juries throughout the United States, culminating with an invitation to be a judge for the National Finals of the Music Teachers National Association Student Competitions in Seattle, Washington.