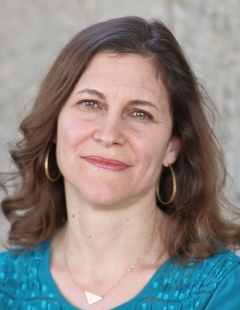 Stefanie Tcharos is a historian of early modern music with broad expertise in 17th- and 18th-century Europe, and specialties in Italian music and musical practices.  Her research and teaching traverse diverse subjects, including the critical history of opera, baroque music drama and related vocal traditions, music production and reception in early modern contexts, genre study, historiography and theories of social and cultural history, and the history of musicology.  She holds a Ph.D. in Musicology from Princeton University and has been on the UCSB music faculty since 2002.

She is the author of Opera’s Orbit: Musical Drama and the Influence of Opera in Arcadian Rome (Cambridge, 2011), and has written articles, reviews, and book chapters on opera, the serenata, and related 17th- and 18th-century issues of music and culture.  Professionally, she has served on the Governing Board of the Society for Seventeenth-Century Music, and the Editorial Board for Eighteenth-Century Music.  She has co-directed the Center for the Interdisciplinary Study of Music (CISM) at UCSB, and is current co-editor of Cambridge Opera Journal.

A major focus of Professor Tcharos’s scholarship is the cultural impact of opera at the historical juncture preceding the Enlightenment period.  Her first monograph, Opera’s Orbit, turns to the contested domain of theater culture in late 17th-century Rome, with particular focus on the milieu of intellectuals associated with the Academy of Arcadians.  The Arcadian institution, their ideology, and concerns about opera provide a means to understand opera’s cultural status during this historical transition.  In a context of polemics and reform the book uniquely reassesses how opera thrived and frequently projected a sphere of influence that extended to other musico-dramatic genres and their practices.  Through a complex nexus of genre relationships these non-opera forms reverberated opera by accentuating their similarities and differences, and allow a re-reading and re-contextualization of opera’s effect, especially in its historical and socio-political dimensions.  Professor Tcharos’s current work is focused on the dynamic processes of history and the problems of historical transitions.  Using the history of early modern opera between the 17th- and 18th- centuries, she returns to the fundamental question of music’s relationship to culture and to history.

Professor Tcharos’s research and teaching are not defined by area specialty only. Her projects are shaped by their ability to generate intellectual frameworks that serve as future guidelines and create points of convergence between disciplines through methodological approaches and related theoretical concerns.  This dimension of her research allows her to teach and advise across different fields, and to work collaboratively in interdisciplinary contexts.  She has helped to design several courses, including, for example, “Explorations of Music and Culture,” co-taught with UCSB Sociologist Jon Cruz, and “Music and Society,” co-taught with UCSB Ethnomusicologist, David Novak. In 2011, she was awarded the UCSB Academic Senate Distinguished Teaching Award.