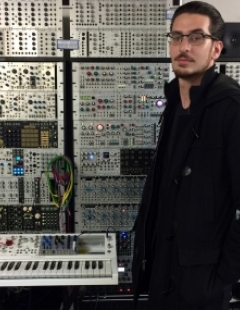 Raphael also has extensive performance experience on guitar, bass guitar, keyboard, and electronics, and has appeared at venues such as The Hollywood Bowl, REDCAT, The Center for New Music, and the Time-Based Art festival. He has completed several tours of North America, the UK, Europe, and Japan with the independent bands Kristin Kontrol, Light Asylum, Ice Choir, and The Depreciation Guild.

Raphael holds an MFA in Electronic Music and Recording Media from Mills College, and is currently pursuing a PhD in Music Composition at UC Santa Barbara.