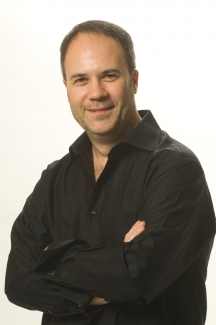 UC Santa Barbara Lecturer of Violin Ertan Torgul was featured as a Guest Teaching Artist for The REALLY Big Class, an online masterclass series, on Thursday, December 3, 2020 at 11 am PST. Torgul worked virtually with students from Austria, the UK, North Carolina, and Texas, playing music of Bach, Mendelssohn, and Lalo.

The REALLY Big Class is an online masterclass series that was created to provide inspiration, motivation, and community for violinists worldwide during the COVID-19 lockdown. The first session of the series ran from April to July 2020 with guest teaching artists from the United Kingdom, Germany, Canada, and the United States, and over 100 student performers from around the world, ranging in age from 11 to adults. The series takes place via Zoom with a live-stream to YouTube, and the archive of the class has garnered over 5,000 collective views.

Watch a recording of the class via YouTube here.

Throughout his career, Turkish-American violinist Ertan Torgul has enjoyed an eclectic and multi-faceted musical path. As a recitalist, chamber musician, soloist, concertmaster, and teacher he has toured around the world and collaborated with some of today’s most sought-after musicians and ensembles.

Torgul has been a member of the award-winning SOLI Chamber Ensemble since 1996 and has served as its Managing/Artistic Director from 2011 until recently. Specializing in contemporary repertoire, the Ensemble performs concerts and residencies on both national and international stages. A strong advocate of contemporary music and living composers, he has commissioned over 100 new works and recorded six CDs, featuring commissioned works of American composers. Torgul is also a founding member of the critically acclaimed SUONO Trio, Quartet ES, and Quinteto Quilombo - a Tango Quintet specializing in Tango Nuevo – and has performed with pianist Jean-Yves Thibaudet, Michael Tilson Thomas, as well as the Miami, Plymouth, Fry Street, Degas, and ROCO string quartets around the world. He was in-residence at the Ojai Festival, Mainly Mozart, Point Counterpoint, and the Internationale Quartett akademie Prag-Wien-Budapest, and was the recipient of Austria’s prestigious Prix Mercure, a prize winner in the Fischoff Chamber Music Competition, and a laureate of the Paolo Borciani International Quartet Competition.

Recent season highlights include Beethoven Triple Concerto performances with cellist Jennifer Kloetzel and pianist Robert Koenig in Waynesboro and Staunton, Virginia, performances with SUONO Trio on the Four Seasons Arts series in Berkeley, CA, a world premiere performance of composer Peter Lieuwen’s new work, The QUAD Concerto, and a two-week tour to Northern Italy with SOLI Chamber Ensemble. Torgul joined the UC Santa Barbara Department of Music faculty in Fall 2018 as a Lecturer of Violin and Chamber Music. He also serves as Affiliate Artist in Violin at the Moores School of Music at the University of Houston.